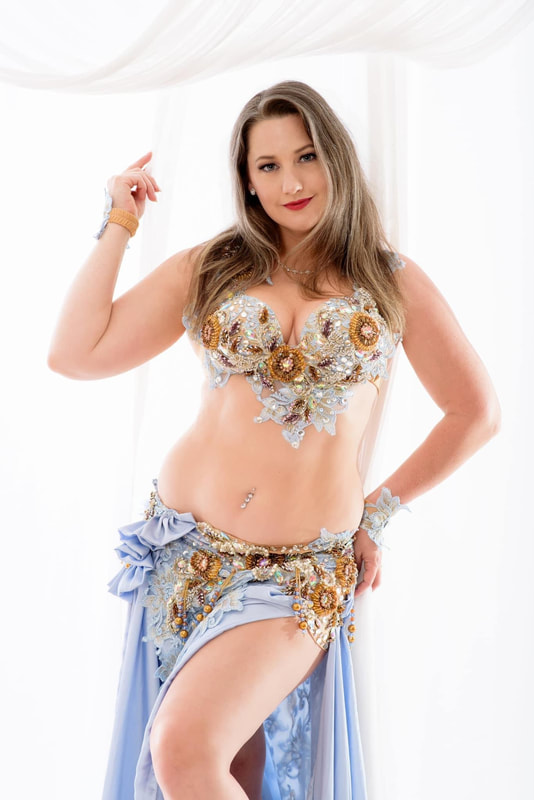 Cassandra Rose is a professional performer, instructor, studio owner and multiple troupe director in the Pacific Northwest. Cassandra is known for her high energy, elegant and creative performances and choreographies. In 2015, Cassandra opened her very own dance studio in the heart of downtown Salem, Oregon. Bellywood Dance Studio is Cassandra’s home away from home, where she teaches weekly classes, private lesson and host’s workshops. She teaches beginning to advanced level students, including both traditional and fusion styles. In 2019 she was honored to become the producer of Belly Dancer USA competition, and is looking forward to being able to hold the event in 2022!

For over the past 15 years Cassandra Rose has dedicated herself to learning different styles of dance from the Middle East, as well as Western forms of dance. Cassandra first started belly dancing in 2004 with local Salem legend Cira and began to study with Ruby Beh in 2010. Cassandra attended Western Oregon University’s Dance program in 2009, became certified in “Journey Through Egypt” part 1 &2 in 2016 & 2017, and the “Tribal Massive 2017.” She has studied with many instructors from the Middle East, including Egypt, Turkey, Greece, and the Persian Gulf. Cassandra has additional training in Yoga, Ballet, Modern, Ballroom, Hip Hop and Jazz Dance.

Cassandra Rose is a blossoming business owner, who continues to educate herself about Middle Eastern Dance, encourages her students and troupes to strive for excellence and to help build a stronger dance community through the sisterhood of the Rose Empire. Cassandra's love for this art form continues to burn deeply by sharing it with others, whether it’s teaching, discussing or performing, belly dance is the love of her life and the Rose Empire is her legacy.